We all pretty much have heard of allergies to pollen of flowers, in nuts or other foods. But there are those (thankfully few) who suffer from allergies not imagine.

Allergy to beer
Recently discovered in an Italian, who is allergic to one type of protein present in barley in most beers. Symptoms vary according to researchers in each case of headaches and nausea to itchy skin and nasal congestion. Luckily for beer lovers in most cases the allergy is detected in the early years of human life.

in water
To you who seemed strange or obsessive allergy to beer, know that there is an allergy to water. It’s so rare course that only 30 cases have been recorded to date. People suffering from “waterborne hives,” as it is called, rashes on contact with water (any origin) usually when more than 2-3 minutes. A relaxing bath for most people, it is excruciating for those who suffer from this allergy.

in the sun
It may be known that exposure to the sun at midday is harmful but not to the point that only expose the skin to sunlight occur rashes, bumps, itching and nausea. It is not just a skin sensitization as few people suffering from “solar urticaria” can not be exposed at all to ultraviolet radiation, UV radiation or sometimes even only to visible light

in the money
As funny as it sounds, there is an allergy to certain coins and nickel containing and beyond. Not so rare allergy doctors recommend avoiding contact with this metal. How to do this course? Hopefully sufferers are able to prefer banknotes.

in the cold
Fortunately this allergy is rare as it can be life threatening person who suffers from this. The first symptoms are rashes and itching but in severe cases causes a sudden drop in blood pressure which can lead to unconsciousness, shock and rarely death. Doctors recommend the best possible coverage of the skin at low temperatures and avoid contact with cold water or exposure to cold air.

in technology
For most use of the mobile phone, computer and driving a car is daily activities that facilitate their lives. But there are those who are deprived of any activity that is related to the technology. Yet there is allergic to modern technology. Not yet formally registered as allergy as scientists claim that there is insufficient scientific evidence but there are cases of people who experience painful rashes and swelling. These symptoms occur when the patient is in an electromagnetic field generated by electronic devices.

sperm
The strangest this allergy is that not only affects women who may be allergic to sperm and men, which the substance may be allergic to their own semen. Persons who have allergic to contact with the plasma of human sperm and symptoms include mainly rashes and difficulty breathing. The condom use is of course an option, but it is a woman, but there is a treatment that involves rubbing semen diluted with water to the genital area and immunotherapy injections containing small amounts of sperm. This approach, combined with regular contact (2-3 times a week) has effect according to surveys, wont the immune system. 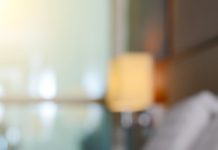 This portable negative ion generator cleans the air wherever you are