In Pennsylvania, the battle over the legalization of medical marijuana continues on, and while the legislature battles over whether or not to provide Pennsylvania residents,who have legitimate medical conditions,with pot that could provide them relief, people continue to suffer. A recent story from Southeastern Pennsylvania shows that at least one person has died while waiting for the passage of a medical cannabis law in the state.

The Death of a Soldier

In June, a rally was held in Harrisburg, the capital of Pennsylvania, with physicians, patients, patients’ family members, and concerned citizens all banding together to speak out in favor of the legalization of pot for medical use. It was at the rally that Donnamarie Freedman shared the story of her son, Corporal Dane Freedman,who suffered from post-traumatic stress disorder (PTSD).

After serving in the military, he was diagnosed with PTSD, a condition that causes a wide range of severe mental and physical symptoms. Freedman’s son was prescribed more than 20 pills by the U.S. Veterans’ Administration (VA) hospital. The medications did little to help him, but he was able to get relief from his symptoms by smoking weed.

Because medical marijuana is illegal in Pennsylvania, Corporal Freedman did not have an easy time keeping a supply of pot to self-treat. One night, after running out of weed, he binged on alcohol and then shot himself.

Donnamarie Freedman wasn’t the only one describing how medical marijuana benefited soldiers with PTSD. Dr. Sue Sisley, who is currently involved with a landmark study into the use of medical cannabis to treat PTSD, was also present at the June rally. She spoke of her findings so far, and on the body of evidence that suggests that medical cannabis is incredibly beneficial for soldiers, and other individuals living with the debilitating symptoms of the mental health issue. A veteran, Corporal Barrett Thompson, was also present to talk about his own struggles with PTSD, and how weed was able to give him the relief that 40 different medications could not.

The State of Legislation in Pennsylvania

Unfortunately, the Freedman testimony, and the others who gathered in Harrisburg this past June did not persuade Pennsylvania lawmakers to move forward with medical cannabis legislation. A vote to move the law from the State House Health Committee failed, but that doesn’t mean that there is no hope that pot could be legalized for medical use in the state. The state’s Medical Cannabis Task Force is still working on legislation, so Pennsylvania residents who are for legal medical cannabis are urged to contact their state lawmakers and make their voices heard.

Amazon Alexa Smart Glasses: What you need to know

Don’t let the diseases to take your life 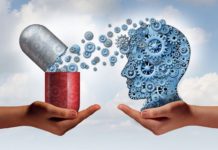